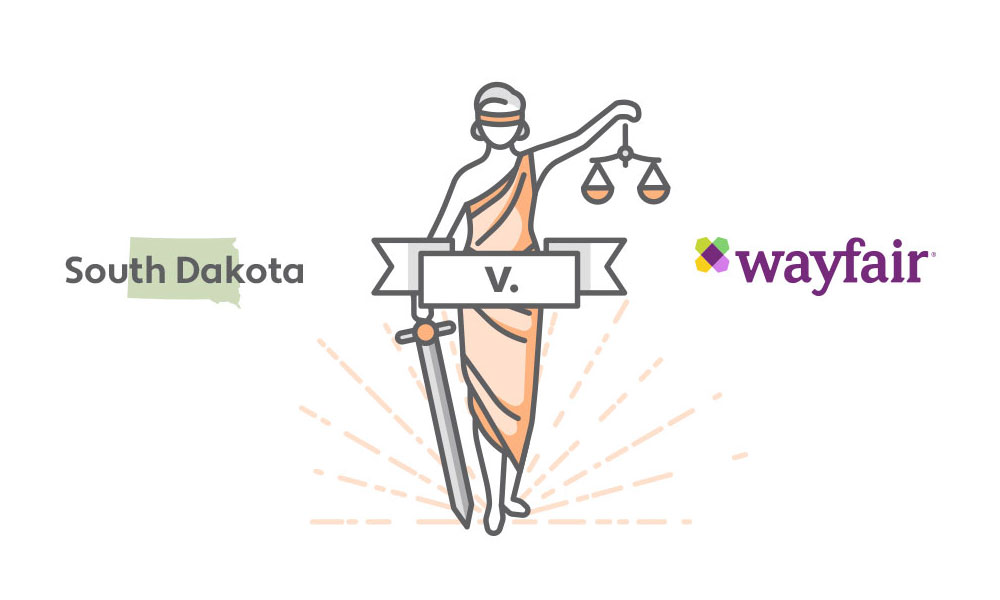 On June 21, 2018, the Supreme Court of the United States (SCOTUS) repealed a long-standing physical presence rule that for decades has protected remote sellers from being taxed by other states.

The Supreme Court found the physical presence rule to be “unsound and incorrect,” in South Dakota v. Wayfair, Inc. It also determined “economic and virtual” contacts between a business and a state to be sufficient grounds for nexus — the connection between a state and a business that triggers a tax collection obligation. This is big.

Many states are eager to take advantage of the recent SCOTUS ruling: Hawaii and Vermont are already enforcing their economic nexus laws. Alabama, Illinois, and Wisconsin plan to start enforcement on October 1, 2018; and economic nexus laws will take effect in Georgia and Iowa on January 1, 2019. Several other states, including Louisiana and Minnesota, are still determining the full impact of the ruling on their statutes.

Of course, not all states are pleased with the ruling. Montana Attorney General Tim Fox: “I fought to keep Montana tax free, and I’m disappointed with the court’s decision.” Governor Chris Sununu is feeling more combative:  “If you try to come into our state and force our businesses to collect a sales tax in manner that violates our laws or the United States Constitution, you will be in for the fight of your life.”

Given the shifting nexus landscape, businesses need to 1) Have a clear understanding of nexus 2) Develop a system to monitor changing nexus laws, and 2) Prepare to comply with new collection requirements.

At its simplest, nexus is a connection or link. With respect to sales tax, it’s the connection between a business and a tax jurisdiction that enables the jurisdiction to impose a tax collection obligation on the business. If you have nexus in Florida, you have to collect and remit Florida sales tax. If you don’t, you don’t.

Businesses with a physical presence in a state like a brick-and-mortar store or office have a de facto nexus, but what many people fail to realize is that states don’t all define physical presence the same way. For example, a business was found to be liable for Illinois use tax because it made more than 50 deliveries into the state (30 in its own vehicle) and installed window dressings for customers five times over a two and a half year period (Town Crier, Inc. v. The Department of Revenue). Similarly, the courts decided a company established physical presence nexus in New York by sending a salesman to the state 12 times over a three-year period (New York Department of Taxation and Finance TSB-A-85(48.1)S).

Furthermore, several states now hold that the placement of software such as web cookies on an in-state device gives internet sellers a physical presence in the state and an obligation to collect and remit sales tax. Cookie nexus laws, as these are called, have been adopted by Massachusetts, Ohio, and Rhode Island. They’ve been challenged in Massachusetts and Ohio, and it will be interesting to see how the Wayfair ruling impacts the cases, if at all.

Storing tangible personal property for sale in a state can be another way to trigger nexus. As of June 1 2017, for example, Virginia requires any dealer owning inventory for sale in the Commonwealth to register to do business and assume tax collection duties. Several other states require marketplace facilitators to collect and remit tax on behalf of sellers storing goods in marketplace fulfillment centers.

And of course, with the recent SCOTUS decision in South Dakota v. Wayfair, Inc., economic nexus is gaining appeal. The number of states looking to adopt it is already growing and is likely to swell once state legislatures return to work.

In short, businesses should have a system in place to monitor changing nexus laws.

If you sell into more than one state, monitoring changing laws can be overwhelming. One reason for this is that the laws themselves are in flux.

To wit, in the months leading up to the SCOTUS ruling in South Dakota v. Wayfair case, some states adopted economic nexus legislation that took into account the pending case. Louisiana’s law, for example, was set to apply “to all taxable periods beginning on or after the date of the final ruling by the United States Supreme Court in South Dakota v. Wayfair Inc., Overstock.com, Inc., and Newegg Inc.”

That means there are still a lot of unknowns: Although Louisiana’s law was tailor made for this moment, the Department of Revenue is still unable to provide guidance to remote retailers, or a definitive effective date for the new policy.

And businesses need to worry about more than just existing laws. Nebraska lawmakers are discussing whether they need to reconsider an economic nexus measure previously withdrawn from consideration over constitutional concerns, or if they can simply start requiring remote sellers to collect and remit. A newly-minted economic nexus measure is waiting for New Jersey Governor Phil Murphy’s signature. And the Wisconsin Department of Revenue has said it intends to enforce an economic nexus policy it has yet to create.

Since economic nexus isn’t the only game in town, businesses need to keep a finger on the pulse of other types of sales tax expanding laws: affiliate nexus (nexus is established through connections to in-state affiliates), click-through nexus (nexus is established through referrals originating in the state), cookie nexus, and marketplace nexus. It’s not yet clear how the June 21 Supreme Court ruling will impact these policies, if at all, but they should be monitored nonetheless.

In short, the fallout from the Supreme Court decision is likely to continue for months and even years to come. If you’re not already collecting in all states where you sell, consider reaching out to an accountant or tax advisor for expert advice about where to register, and when, and how registering to sell in a state could impact other areas (e.g., income tax).

It’s against the law to collect and remit sales or use tax in a jurisdiction without first registering to do business there. So, once you determine you have nexus in a new state, you need to register with the state tax authority. In some states (e.g., Colorado), it may be necessary to register with local tax authorities as well. And in Alaska, sellers have to register to do business at the local level but not the state level, because there’s no state sales tax.

Once registered, the business of compliance begins. From that point on, you need to track changes in sales and use tax rates, product taxability, regulations, sales tax holidays, and so forth. While these often correspond to the start of a new quarter, they can occur at any time. They can also be quite surprising; for example, the Louisiana Department of Revenue recently announced the temporary cessation of three state sales tax holidays that have been part of the tax landscape for years. Further complicating matters, qualifying goods will remain exempt from local sales tax during one of those holidays, but not the other two. True story.

In fact, managing exempt sales is one of the trickiest aspects of sales tax compliance. For starters, sales tax exemptions vary widely by state and even locality. And if you don’t collect sales tax on a transaction that should be taxable, tax authorities will want to know why. They’ll want to see proof — in the form of an exemption or resale certificate — that the exempt sale was valid.

Sales and use tax compliance has always been challenging, especially for companies doing business in multiple jurisdictions. It is rapidly becoming more so as states expand their taxing authority in the wake of the SCOTUS ruling in South Dakota v. Wayfair, Inc.

It will take time for the full effects of the decision to reveal themselves, but make no mistake: states are gearing up to increase collections from remote sellers. The National Conference of State Legislatures has published Principles of State Implementation after South Dakota v. Wayfair to help states craft legislation in the wake of Wayfair. It advises proceeding slowly and deliberately, and providing as much guidance to affected businesses as possible as they move toward taxing remote sales.

Hawaii seems to be heeding that advice: It’s decided to apply its economic nexus law prospectively rather than retroactively as originally planned. However, Rhode Island still maintains remote retailers “could be liable for tax on Rhode Island sales that were made prior to the Wayfair decision on June 21, 2018.”

In this post-Wayfair world, sellers need to understand and track changing nexus law more closely than ever before.  Learn more about South Dakota v. Wayfair and its potential impact on business here.

Guest article by Gail Cole.
Gail Cole began researching and writing about sales tax for Avalara, a leading provider of cloud-based tax and compliance automation solutions for businesses of all sizes, in 2012 and has been fascinated with it ever since. She has a penchant for uncovering unusual tax facts, and endeavors to make complex sales tax laws more digestible for both experts and laypeople.