How Important is FBA for Success on Amazon? 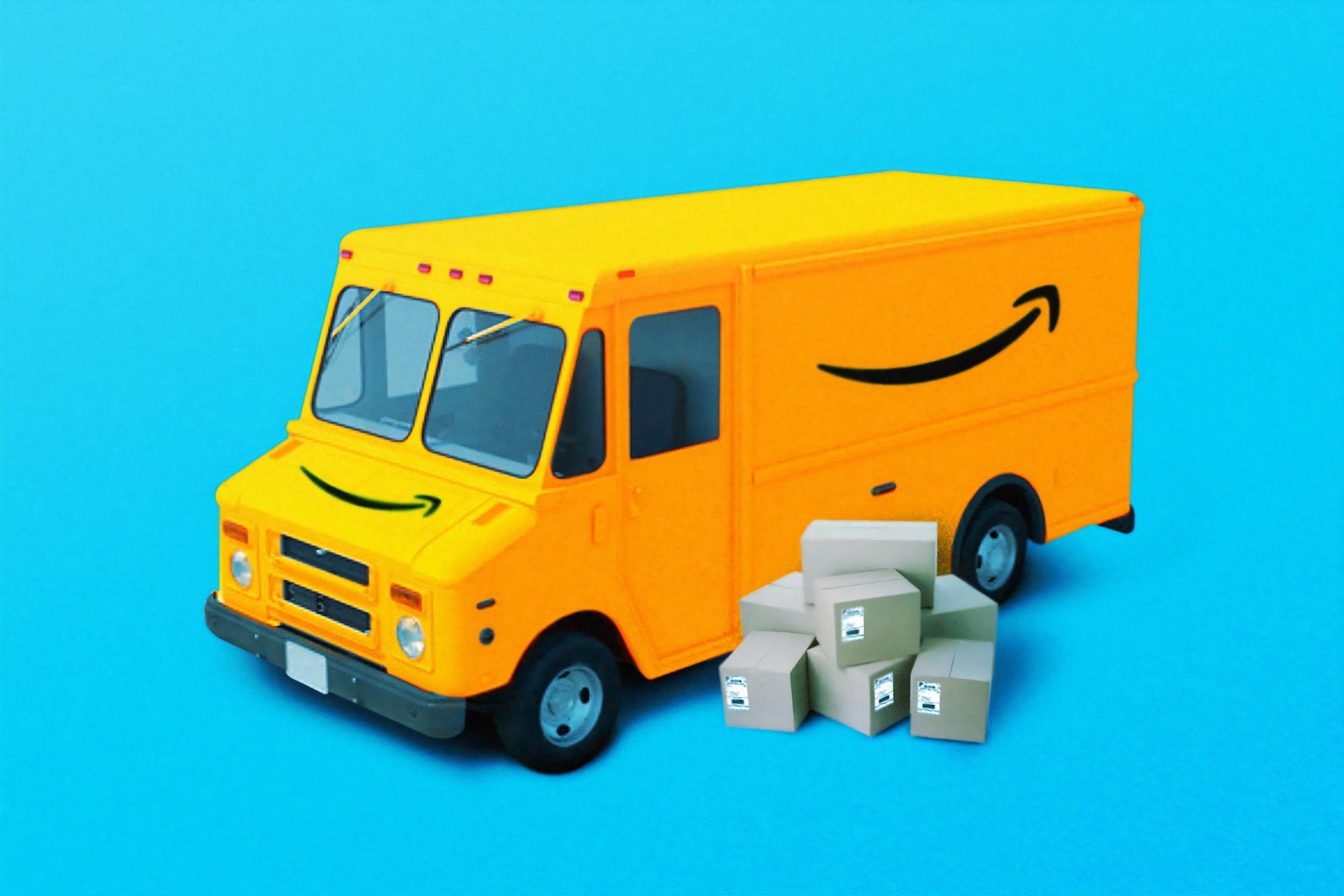 Fulfillment by Amazon (FBA) is a service for Amazon sellers in which Amazon handles the storage of inventory, and the picking, packing, and shipping of orders.

FBA has evolved far beyond what it was in 2006, when it was first introduced to sellers. James Thomson, Amazon’s first-ever account manager for FBA, even remembers giving tours of Amazon’s flashy fulfillment centers back in the day.

“Back when we were actively selling FBA to third-party sellers, the key points that we were trying to sell were around, ‘Hey, our warehouses are bigger than yours and we can scale better than you can,’ said Thomson in an interview with Zentail. “It wasn't really until about 2011 or so that it became apparent—the reason you should be on FBA is not because we're bigger than you, but because your products will be Prime eligible and that'll help you in organic search and customer conversion.”

Today, nearly 66% of top 10,000 sellers use FBA. It’s leveraged by sellers big and small, and is bolstered by Amazon’s massive logistics network.

Every Amazon seller is now faced with the same question: to FBA or not to FBA? This blog will cover what you need to know when you’re making this decision for yourself.

There are clear advantages when it comes to participating in the FBA program, many of which you’re probably familiar with. But here’s what sellers still consider most important about the program and why many choose to participate.

As of the time of this writing, FBA is the only way for your products to be Prime-eligible. While Amazon used to offer a beta program called Seller-Fulfilled Prime (SFP) allowing FBM sellers to earn the Prime badge by meeting strict standards, they are no longer accepting new applicants. This is likely due to lack of control and resources in making sure that SFP sellers meet requirements.

While SFP has become less accessible, the Prime Badge is still more important than ever. It’s reportedly the easiest way to win the buy box. Since Amazon gives itself an A+ in all aspects of fulfillment, it’s much easier for FBA sellers to win the buy box even if their prices are higher than their competitors’.

“It's important to understand that when a Prime customer signs into Amazon...Amazon will default showing them Prime-eligible offers well before they'll show them non-Prime eligible offers,” Thomson adds. “At the end of the day, [there are] 100 plus million [Prime members in the US] that go in and search products. If they don't see your products because it's not Prime eligible, you're not part of the consideration set. You're basically irrelevant.” 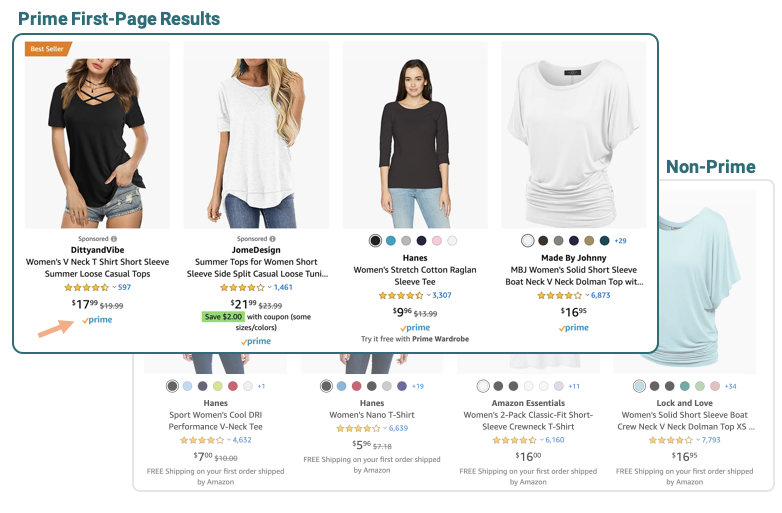 Customer expectations have shifted to fast delivery, and Amazon Prime was the very catalyst to kickstart this trend. Two-day shipping is standard across most product categories on the marketplace. So, if you’re unable to support that on your own, FBA is one way to ensure that your products are able to be shipped out fast and at no additional cost to Prime members.

Amazon offers discounts back to sellers in the form of reduced inbound shipping fees, which applies to inventory being sent to one of its fulfillment centers. Depending on the weight, size and category of your items the unit economics of this could look better or worse than FBM. You can use this Fulfillment by Amazon Revenue Calculator to compare costs, factoring in shipping fees in addition to storage and fulfillment costs.

Managing your own warehouse for the first time comes with a steep learning curve. Aside from having to hire employees, you have to maintain quality control during the pick-pack-ship process; ensure that products are kept safe and well-organized; and set aside enough warehouse space to hold all your merchandise (among many other considerations).

Amazon, on the other hand, offers virtually unlimited storage space with more than 75 fulfillment centers in North America. They take logistics off your hands entirely, letting you focus on things outside of the day-to-day challenges of order fulfillment.

FBA shields you from angry buyers, customer questions and the hassle of returns. Amazon takes full responsibility for any late, defective or canceled orders in their care, protecting you from penalties associated with poor seller performance or negative seller feedback.

For any FBA products, you are not held responsible for chargebacks or A-to-Z claims except for items marked as defective or not as described (and other issues related to what’s in your control). Amazon will also strike negative seller feedback from the record if it’s a result of FBA delivery flukes.

While FBA comes with many perks, there are limitations that you should be aware of. Some sellers refuse to touch FBA with a 10-foot pole, having experienced one or a few of the drawbacks listed below.

Apart from the expected shipping and storage fees, there are additional costs that can rack up. To name a few:

In the words of one seller in an Amazon forum, “There’s a fee for everything, a fee for this, a fee for that, a fee to THINK about the fees.” If you’re not careful about how much inventory you invest into FBA or how your products are likely to perform, then the resulting fees can be overwhelming.

Sellers report double or triple the number of returns than usual after switching to FBA. This isn’t necessarily a bad thing, considering how the same sellers usually see a lift in sales. However, it’s no secret that Amazon will lean on the side of the customer when issues around orders arise.

If, for instance, a customer returns a product that was damaged after use—Amazon is likely to issue a full refund to the customer and, in turn, may only reimburse you partially for the damaged products (if at all). Amazon may also choose to accept returns beyond the standard window.

The retailer additionally uses its own discretion to determine whether a returned item is still sellable. Depending on your product type and how familiar Amazon employees are with it, this judgement call could look different from what yours would’ve been. You will then incur removal fees for any unsellable items that are returned.

Before you can even send your products to an FBA fulfillment center, you’ll have to properly package, label and sort your items. These requirements vary by product type and can get tedious—there are even third-party alternatives to Amazon’s prep service that solely exist to prepare packages for FBA.

If your shipments don’t meet requirements, then you’ll be charged fees for unplanned prep service. Worst-case scenario, your shipments will get turned down or disposed of.

Note that Amazon offers a stickerless, commingled option to make prep a bit easier. Trust us when we say you’ll want to avoid this. Under this option, your inventory will be indistinguishable from another seller’s and you risk bearing the consequences of damaged or counterfeit products that weren’t a part of your original inventory.

Once your products get shipped off to Amazon, they’re essentially under Amazon’s control. You can’t choose where they go, how they’re handled or when they get processed (sellers frequently complain about delayed inbound shipments, whereby your inventory gets redistributed even after you’ve sent it in multiple shipments, and takes extra time to get officially received and stocked).

Though it’s expected that any lost or damaged products in Amazon’s care will be reimbursed, that doesn’t always happen. You yourself will have to vigilantly track what you sent out to FBA and what actually gets received to ensure that any discrepancies get caught.

Furthermore, FBA policies can change overnight. For example, in March 2020, Amazon temporarily banned nonessential items from FBA—a move that severely affected thousands of sellers and contributed to a 7% jump in the number of inactive sellers (up to 35% inactive by the end of March). You are, in many ways, at the mercy of Amazon when it comes to the movement and salability of your products.

Amazon offers multi-channel fulfillment (MCF) through FBA, which, at first glance, can seem attractive to any sellers who sell their products on other marketplaces outside of Amazon.

But the downside is that FBA is widely forbidden by sites like Walmart Marketplace and eBay. Not to mention that MCF fulfillment fees are higher; the same item shipped through FBA can cost dollars more per unit if shipped through MCF.

Typically if you’re a multichannel seller, you’ll want to have a separate fulfillment solution, like a 3PL, to handle all non-Amazon orders.

The Verdict: FBA is Important, But It’s Not the Be-All-End-All

There’s no hard-and-fast rule when it comes to FBA. You’ll find sellers on both sides of the divide — figuring out what works best for you will require some number crunching and potential trial runs with just one or a few of your SKUs.

Perhaps the most important thing to remember is that FBA is a service. It is not a business model on its own. While it’s highly incentivized by Amazon, it may not be the right or long-term solution for you.

If you’re looking to expand to other marketplaces (which you should for these reasons), then it’s especially important to have other alternatives. Even if you’re only selling on Amazon right now, you could always take a hybrid approach to fulfillment to prevent Amazon from owning all of your inventory or stunting sales whenever there’s a sudden policy change or delay in your inbound shipments.

As pointed out by James Thomson, the recent COVID-19 pandemic served as a warning that over-relying on FBA can be dangerous: “This whole situation has revealed that so many sellers [fulfill all their products through FBA]...As FBA started to say, ‘I can't ship your product quickly,’ sellers got hit multiple times. They have lots of reasons to complain. But I do want to remind sellers that...you made the choice to sell everything on one channel, and you made the choice to have only one company do fulfillment. So, if there's variance in any of those different systems, it creates a big problem.”

Don’t let FBA be the downfall of your business. Utilize it responsibly, and strike the right balance between leveraging this popular service and finding your own footing as your ecommerce business grows over time.

3 Ways to Reduce Your E-Commerce Shipping and Fulfillment Costs
Every e-commerce business—regardless of size, product category, or experience—shares a common challenge: shipping orders to customers. The key to thriving online is finding a way to get products into ...
Read More
5 Ways Online Stores Can Optimize Custom Order-Tracking Experiences
Your relationship with a customer doesn’t end after they’ve made a purchase. Their shopping experience needs to be cared for at every stage before, during, and after that point – and that includes ...
Read More
Guide to 3PL - Third-Party Logistics
Running a successful eCommerce business is a ton of work. You have to set up and maintain a website, find great products to sell, market your business, and keep your customers happy. A big part of ...
Read More