What Is Bitcoin? A Simple Analysis... 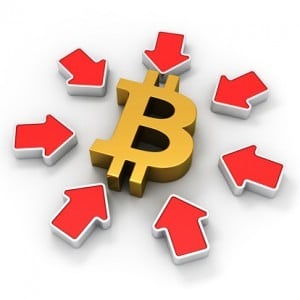 Bitcoin, Bitcoin, Bitcoin… We’re hearing it everywhere, aren’t we? It’s being covered everywhere in the media, including a recent NPR story about a Bitcoin wallet theft—the humor in the story apparently that all the coins, wallet, and theft were virtual.While it is true that Bitcoin operates in an entirely virtual, e-commerce realm, its currency is very real for the businesses and individuals who use it.

Here’s a quick shorthand sketch of what Bitcoin is. It’s a peer-to-peer payment system and digital currency introduced as open source software, started in 2009, which allows businesses and individuals to transact business online without the use of a middle-man, like a bank or Paypal. This also means that no intermediary is tracking your online e-commerce activity. This is hugely appealing to many people, especially in light of the recent N.S.A. leak case and Target data-breach.

Also, Bitcoin’s removal of the middle-man takes away the banks’ ability to charge usage fees for transacting your e-business, which after the financial crisis of 2008 may be a way for Bitcoin’s users to make a socio-political statement about global financial practices as well. NPR’s  Steve Henn had this to say. “Well, it's been pretty interesting. You know, bitcoin was developed after the financial crisis. And in many ways it was sort of a critique of the modern financial system.”

There is speculation that a combination of speculative activity which drove Bitcoin’s stock into the stratosphere and the recent large thefts which have rocked its community may undermine its use as a currency. However, U.S. regulators are moving in to shepherd the new currency and its market. The Internal Revenue Service has issued guidelines that Bitcoins are to be treated as physical assets. While it is not backed with the full faith of a government, it seems that governments, banks and businesses worldwide are taking Bitcoin seriously.

3dcart is proud to be at the forefront of emerging technology and we offer bitcoin integration for your 3dcart store.  Visit our knowledgebase to learn more.

Consumer Finance and Its Impact on Your Business
The world of eCommerce is constantly shifting. As it is a relatively new industry brought upon by the development of technology and the popularity of the internet and mobile devices, it is a realm ...
Read More
Accept In-Person Payments with 3dcart POS: Now Compatible with Stripe Terminal
There are unique challenges involved when running a physical store side-by-side with an eCommerce website. It can be difficult to synchronize inventory across online and offline sales, and ...
Read More
How New Small Businesses Can Get 3 Free Months of Hosted eCommerce
Finding the right payment processor is a crucial part of successful online business, and Authorize.Net has been an innovator in this space since 1996. Today, the company continues its reputation as ...
Read More