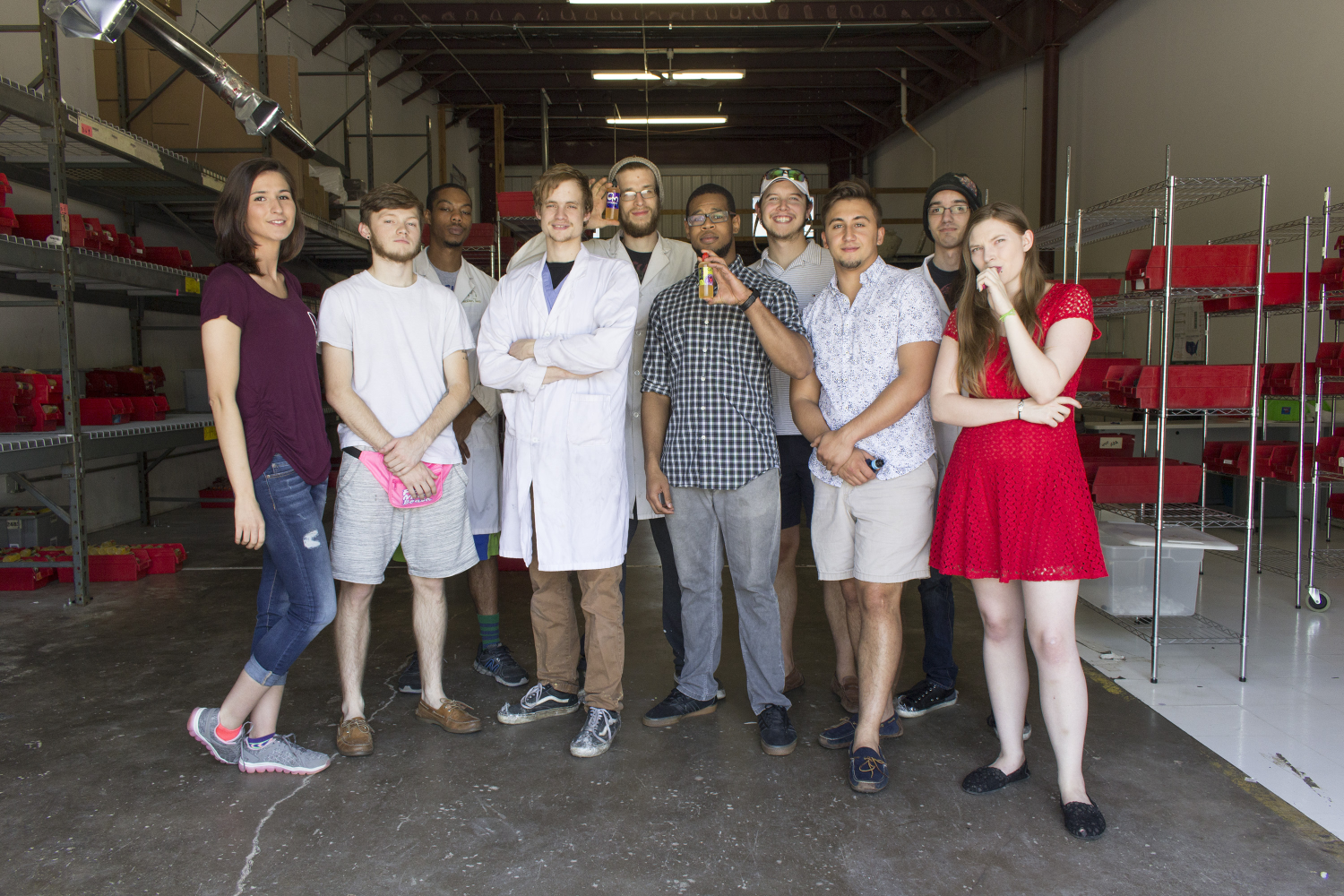 At 3dcart, few things make us happier than the success of our customers. Today we'd like to share the story of a small startup that discovered how 3dcart could help turn an idea into a growing eCommerce business.

Leslie Sandusky and Benjamin McCalla entered the vaping e-liquid manufacturing market with education on their side. "Ben comes from a research chemistry background," Les explains, "and I was an economics major, which seemed like a good fit at start-up." And it is a good fit indeed — he goes on to say that their combined expertise has helped grow their business exponentially.

The two first started making their own e-liquids as a substitute for buying the often-overpriced liquids sold by many local retailers. In October of 2014, they went into business as Om Vapors, based out of Lexington, Kentucky. In June 2015, they began selling online using GoDaddy Shopping Cart, but within a few months decided it was time for an upgrade. "We didn't even have a real eCommerce platform," Leslie says. "We chose 3dcart because it seemed to be the best value. In addition to this, there is just about any app that you could ask for. The SEO capabilities are also a big bonus."

Going with 3dcart proved to be the right decision. "We have been using 3dcart for 10 months and have experienced amazing results thus far," Les says. In fact, Om Vapors has increased their monthly revenue by 370% in the time frame between November 2016 and August 2017, a rate of growth that is truly impressive. Business has become profitable enough that the company upgraded from a 900 sq. ft. facility to a 3,000 sq. ft. facility that also has an additional 300 sq. ft. of cleanroom space. A cleanroom is important to reach the highest manufacturing standards for e-liquids. Since 2016, Om Vapors has also taken on contracts to manufacture e-liquids for other brands.

3dcart's features have served a large role in helping Om Vapors reach its eCommerce goals. "The SEO tools built in to 3dCart are great," says Les. "The way orders are arranged on the back-end of the site makes it very easy to address issues and keep hundreds of orders organized at a time. The analytic tools are powerful and allow us to plan out logistics much easier than in conventional retail." Om Vapors also makes use of the 3dcart Reward Points module for their loyal customers, and finds great convenience in the MailChimp integration. "It makes sending out emails to customers seamless." As for the best thing about 3dcart? In Les and Ben's opinion, "it's a tie between the ease of integrating third party apps and the timely customer support."

Om Vapors' plan for the future is to upgrade their website alongside their company's production capabilities, as well as expanding into more contract manufacturing. They're also considering creating their own e-liquid distribution company.

Business is good, and the future is bright for Om Vapors. To learn more about this unique e-liquid manufacturer, check out their full 3dcart Success Story!

How Pearls of Joy Revolutionized Online Jewelry with 3dcart
Most aspiring entrepreneurs have heard how important it is to narrow down a niche, but many don't fully understand the effect such specialization can have. The narrower your niche is, the more ...
Read More
3dcart International Success Story: Al Ghaf
Al Ghaf is a Dubai-based company selling all types of merchandise with the goal of becoming a one-stop shop for its customers. Al Ghaf was founded by Ali Al Darwish, an entrepreneur who sought to ...
Read More
From BigCommerce to 3dcart: Featuring Faith Vessels Pottery for Worship
Unexpected expenses may seem like a fact of life, but they don't always have to be. 3dcart maintains transparency in its billing, and is determined never to surprise a merchant with additional ...
Read More