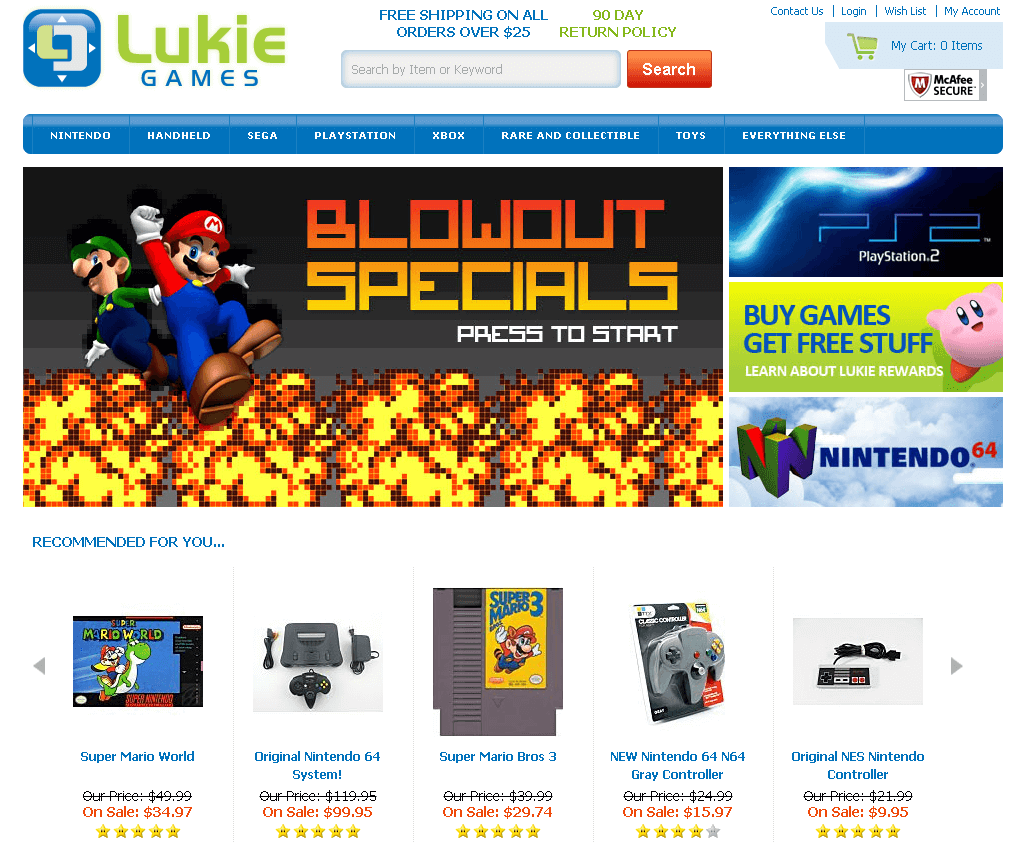 Many online merchants have found success by pursuing their passion, and for Jesse and Sara Cover, that passion was video games.

Lukie Games, a video games ecommerce website that sells more than 45,000 games monthly, started out where many store owners' eCommerce tales begin: eBay. In 2005, Jesse and Sara turned their hobby of selling on eBay used Nintendo video games, into a business, a decision fueled by their brand's growing reputation.

“It was more of a hobby—a way for my wife and I to expand our video game collection,” Jesse recalls. “When we moved down to Florida, the success we enjoyed on eBay was enough to support my decision to leave my career in IT.”

Steady growth on eBay, combined with the marketplace's harsh transaction fees, led the couple to Amazon, where they could expand their customer base and sales potential. But despite their steady growth, it wasn't long before Jesse and Sara came to the conclusion that they needed more control; they needed their own storefront, and greater control of their brand and customer shopping experience.

“Amazon was definitely a good resource for us, and Ebay was a great jumping off point,” Cover says. “But things really came to a head for the company when the Ebay fees started reaching between $20-30,000 a month. Selling on Amazon contributed another $8k of monthly expenses. You can build repeat business with both brands, but you always have to pay the fees. It was clear we needed to strike out on our own.”

In 2009, the couple started their hunt for the perfect shopping cart platform. Jesse required a cart that was not only compatible with his back end management platform, Stone Edge, but a cart that offered ultimate customization, openness, and flexibility.

Their search came down to two carts: Volusion and 3dcart. Jesse cites 3dcart's positive customer reviews, transparency, and record of hosting uptime as the main contributing factors for going with 3dcart.